I read this in high school and randomly remembered it today. It's a book that made me want to be involved with network infrastructure. 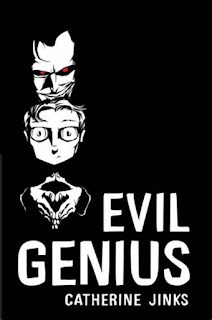 This is the Australian cover. Doesn't it look cool?

It's very well-researched (though some of the concepts it touches on seem to have died in real life). Also, terminology kind of marches on - "computer phones" is something constantly said. Searching that in 2020...You get smartphones and various 'use your PC as a phone' links from CNET.

I won't be breaking down every section of the entire book.

"They sent in sniffing programs to intercept his access code."

The main character, Cadel, is making a dating website.

He goes on hacker forums...and apparently, let them know about his plans.

URL, name, and everything.

Someone could have used WHOIS to find out the name of the owner - or the domain could have been registered privately.

"Mostly I was doing application back doors, remote log-ins, tracking down personal keys, information gathering. No bombs or anything. No viruses."

I really like how it's clear Cadel doesn't know everything about systems and networks.

He still has to study and learn, and he still gets things wrong. There's a dialogue between a professor who works with computer viruses, and Cadel says he's worked in backdoors, remote logins, access code-cracking - but not viruses.

So many stories think "the tech guy" can automatically do everything in the realm of tech, and that simply isn't true.

"We have a circuitry room [...] - it controls the security system and the phone system and the air-conditioning-[...] half the time, when you turn on the television, the garage door opens."

This book came out in 2005, and this is still not the first instance of a 'smart home' in media. Remember those 'futuristic' shows from the 70s?

There's a mention of network segmentation at the Institution he attends - The computers are "on a different switch, too" than the halon gas outlets. That doesn't necessarily mean a different network unless they're throwing some VLANs on it, which is possible.

"He knew that keyboard shortcuts - or mouse keys- were usually employed by disabled people who couldn't use a normal mouse, but he hadn't been aware that special keyboards were being made. And special mice, too, by the look of things."

I didn't know that either, so super cool. I wonder if I should re-read the next two books, if they talk about (late - 2000s) web accessibility.