Ammo for the Streaming Wars: Verizon Customers Get a Year of Disney+ For Free 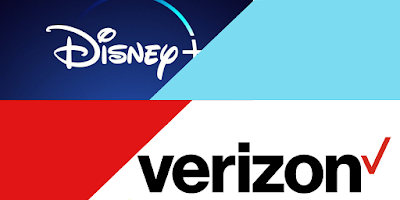 Is this an effort to bolster numbers in the face of T-Mobile and Sprint's approved merger? Perhaps not, as the deal is also given to existing customers of Verizon with 4G LTE and 5G Unlimited Service.

Maybe 5G will be capable enough before the deal is over for us to stream from anywhere.

Apple also has a deal; Buy one of their expensive pieces of hardware that costs far more than a year's worth of their service, and get a year for free.

No word on if HBO+, or DC Universe, or Quibi, or whatever else I'm missing will break out such deals.