Docker: A Whale of A Time

Docker is another container service like Kubernetes. There are probably more prominent differences, but for now, I see that there is a whale.

We generated that with docker run hello-world, and while at first it gave me an error, it soon found the image from the hub, put the image into a container, and put it onto the bash. Technology is amazing. 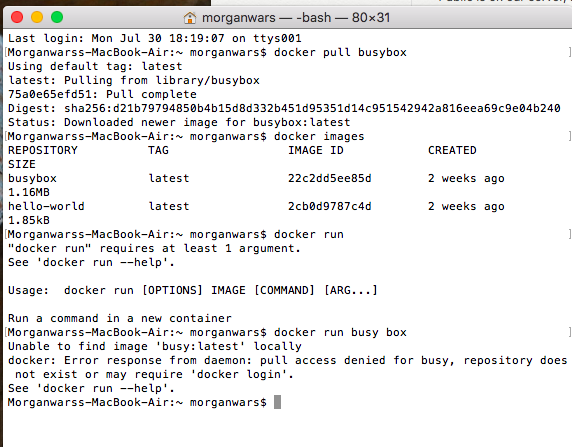 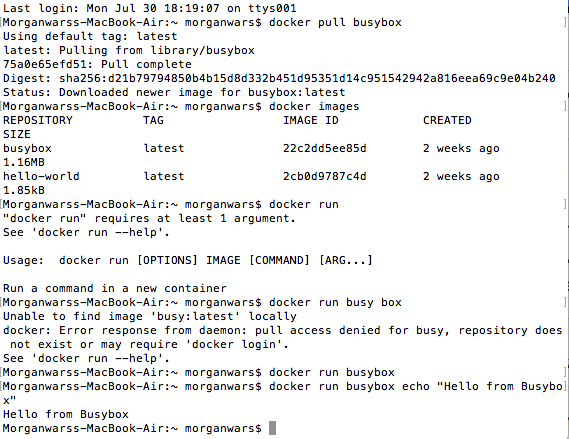 Listing containers with docker ps -a 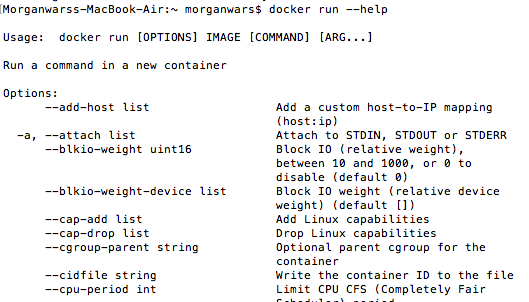