I'm one to encourage good rest over constant work.

Yet I found myself awake at 2 AM listening to this video by TraversyMedia, because I was suddenly curious about making a full page image carousel.

I wanted to listen before I put hand to keyboard in coding, so at around 3 AM, I pulled up my machine with an idea. 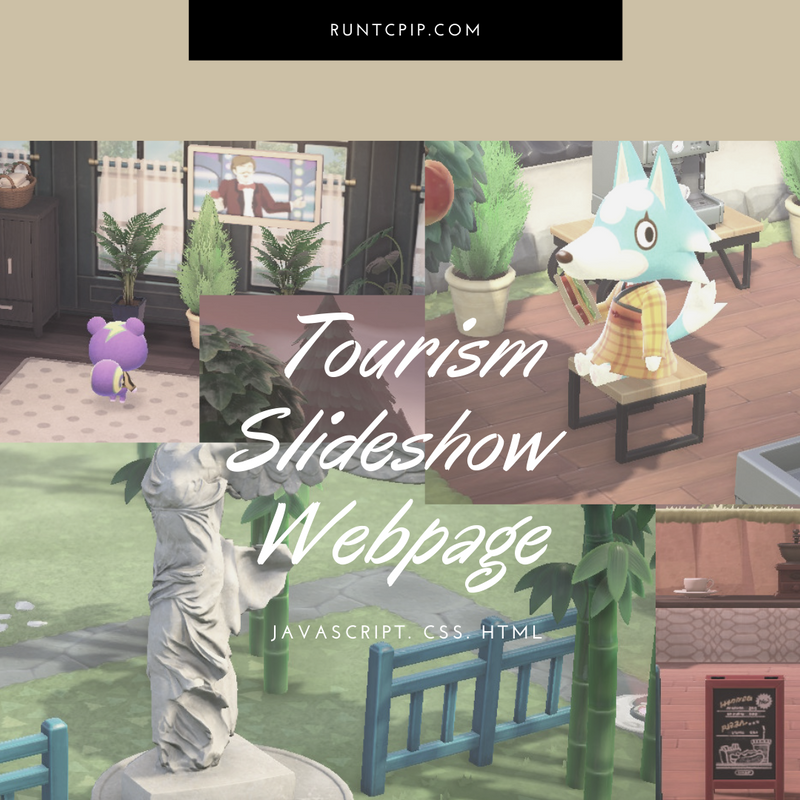 I followed the instructions and did most of the code myself. Here, I outline:

But the code didn't work! The buttons were still as follows:

So I removed the .buttons part and everything was placed and styled appropriately.

It took a while to get the image to be full screen;

My original code was:

Oops - I misspelled 'opacity' in the transition. No wonder it didn't work in the code! 😆 Fixed now!

Image-wise, it all comes from my copy of Animal Crossing; New Horizons and editing in Paint.net.

The size of the image around 1600 x 769. The initial images I had were stretched to fit. Some (Marcel's) were easy to resize.

One (Static's) needed only a small adjustment of the clothing images and no resizing!

Others (Opal's) was so unusually difficult, as layers began to cross and bleed into each other. I had to remake that one entirely.

Links do not work in the first slide of the show. Not sure why.

I kept going "I'm gonna need another panel". Hence how this grew from 3 small slides to 8. It was very fun, and I'll probably do more 3 AM coding in the future.

Now Featured on Bridges in Tech!