September 28, 2020
Story time:
I had heard about IRChat in a podcast  (NSFW) at first.
I had no idea until now it was a real thing that not only existed, but still exists.
This is the kind of late 90's "Hackers"-esque mysticism that surrounds tech I love.
IRC is an application based protocol that uses a client/server model to chat over text. They're not necessarily forums, as the functionality is bare-bones 'type words'.
Also, little ASCII people like thisヾ(•ω•`)o
I'm using mIRC, the most popular Windows IRC client. 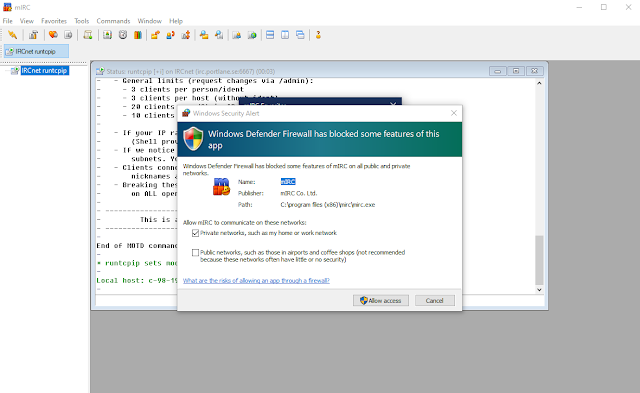 It opens port 6667, which also can be used for unsavory things.

Can't every port?
Be mindful about the allowed connections - I have it set to open port 6667 on my private network only, and to disallow the connection when I'm not using it. Can't be too careful.
Ports can allow people to get access to your computer. 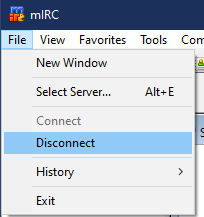 First you connect to a server, then you go into a channel.

When you connect to the IRCnet server, you see this; 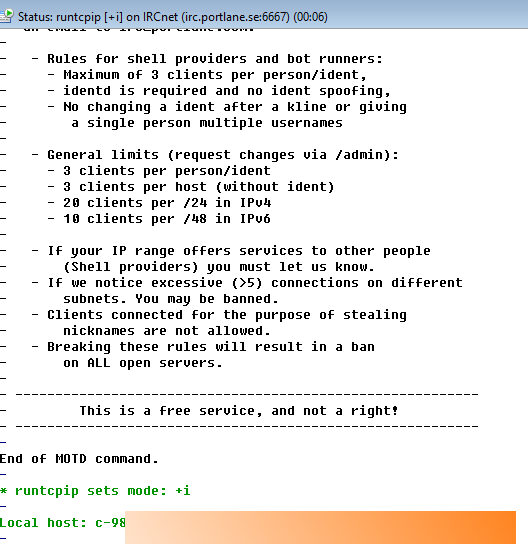 IP (special number to identify each device on a network) blocked, even though we probably have the same one. The wonders of NAT (network address translation) and having multiple households under 1 IP because we're still mostly using IPv4, right?

It kind of seems that many people are allowed to make their own servers on the IRCnet. By "Make servers", that probably means having an open port when needed. I wonder if we can consider this the first instance of true cloud computing? Someone else is managing the servers we use, right?

In retrospect, no, after all, we can make our own server using personal equipment. So someone is just using resources we allocate on our machine. 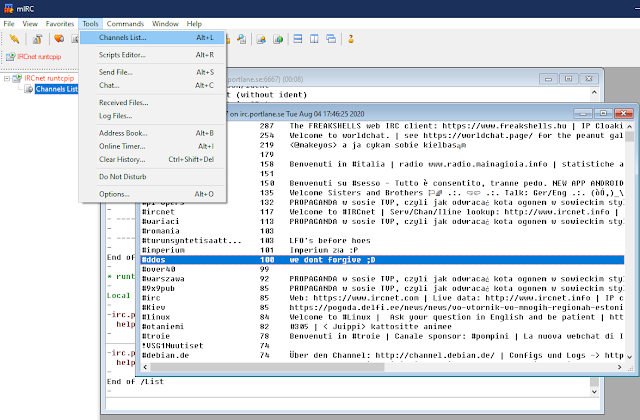 Here is one of the preset channels IRCnet has; 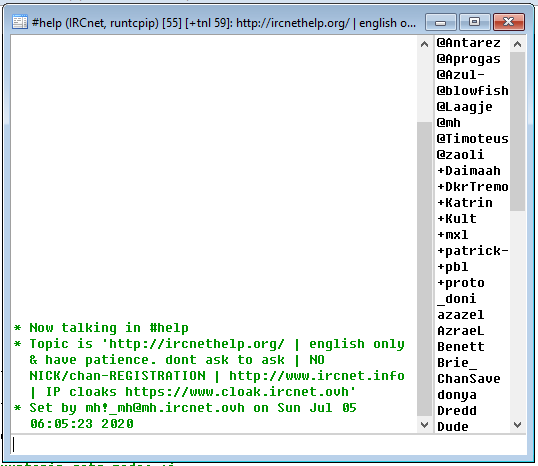 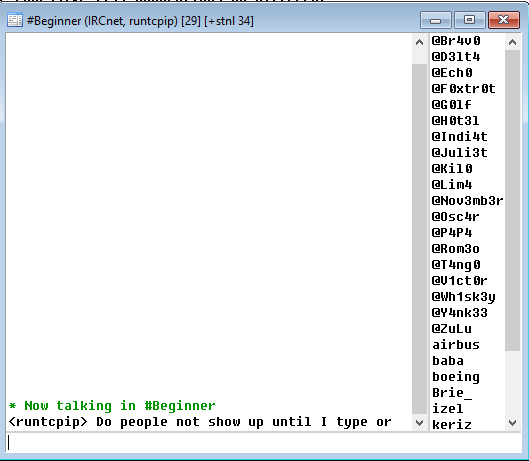 Someone has yet to show up again.


Look closely at the top of the menu bars;

Those are different servers,which I joined randomly: 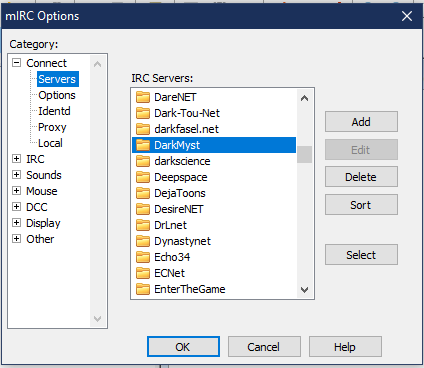 I hope that's about the game.

After you join a server, you can make your own channel with /join #CHANNELNAME. You can join the #PETROCHSITH server on QuakeNet!...If I'm online. Otherwise, the channel disappears.

You can also set some precautions...Which, again, will not matter, as when I disconnect, the channel is gone. 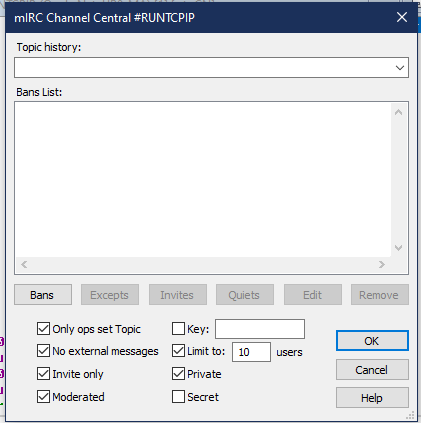 Disclaimer: As of September 28th, 2020, If someone makes the channel called RUNTCPIP after this date, it is not under my management.