Inside Disney’s Internet Of Things by Christian Sylt [@ Forbes]

July 05, 2020
I first learned about the article (here) from the latest edition of The DISUnplugged Podcast, of which I am a weekly listener.
While I constantly hear park proprietors complain that a bit of infrastructure has failed to account for the demand when it comes to dining reservations (or recently, park passes due to the reopening of Magic and Animal Kingdom on July 11th), I've always been interested in how they use technology to encourage guests to give up autonomy, interact with the 'on-stage' setting, and get the most out of their Disney World trip.
The last time I was at Walt Disney World (WDW) was in April or May of 2013. While MagicBands were announced in January of 2013, I'm not sure when they started being given to guests to use with MyMagic+.
I never got one.
When I return (A goal of mine is to spend a week at Animal Kingdom Lodge - Actual Park Visits be damned!), I know which one I want. 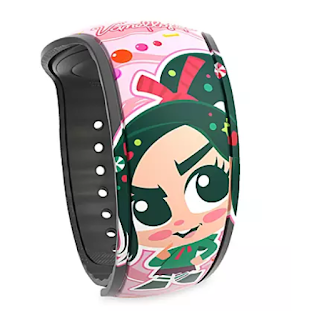 Obviously!
But what exactly can one do with this thing?
Let's start with what it does in general:
The long-range device inside them sends out signals to beacons all over the parks so that guests can have their experience personalized.
In short, RFID. Radio Frequency to track movements.
"After choosing a PIN, guests can link their credit cards to their MagicBands so that they can be used to pay in Disney World’s shops and restaurants. All guests need to do is type in their PIN and touch the band to a reader which also bears the outline of Mickey’s ears. Not needing to use cash or credit cards adds to the escapist atmosphere in the parks and even manages to make paying seem like an enchanting experience."
Great way to ensure people aren't paying close attention to what they're really spending. "It's not real money if it comes from a cute cartoon character!" The bands also talk to beacons on attractions - The article mentions Expedition Everest in detail.
Sylt interviews one Kelly White, Disney World’s vice president of digital strategy, about the company's plans to wrap consumer tracking in pixie dust.
“Now it is a little bit about the queue but it is actually much more about the rest of the land, the rest of the parks and giving you an immersive experience in the land that you may not have been able to access before.”
Smartphones already have a place in entertaining you in endless queues and Star Wars: Galaxy's Edge, to interact with the surround land and Millennium Falcon, and it seems here's a lot of work going into the apps to make it a bit of a treasure hunt within the lands kind of attraction.
I'm not here to quote the entire article at you, so I'll quote one final section:
"Sensors are found in the most unexpected of places at Disney World, even underneath the paper drinks cups to control the number of times they can be refilled."
You know, if I pay 3000$ for a 3 day vacation, I'd like to be able to refill more than twice. But I'm speaking on things I don't know. Someone out there, tell me how many times you can refill your paper cup.