* I am using an Ubuntu server, which means I could skip epel-release and simply install Ansible from these instructions.

Opening the configuration file in vi (as su, or you won't be able to overwrite), I'm pleasantly surprised it didn't take me more than 3 minutes to find #host_key_checking = False. The # means 'this is a comment', so let's take that away so it can work with the demo. 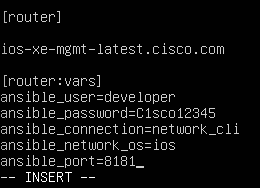 This is openly available information over here.

Let's ping it; Yes, apparently my Ansible was using older Python for backwards compatibility.
But we did successfully ping the router!

With a bit of manipulation, we can run some good old Cisco IOS commands like 'show ip int brief'; 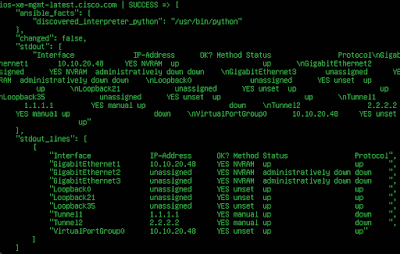 I revisited this the next day and added the second router; 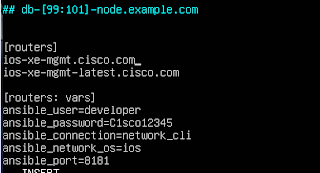 I got a really funky error pointing out a mistype on "Line 47, point 1" - I put a space between [routers] and the machines, and that cleared things up. 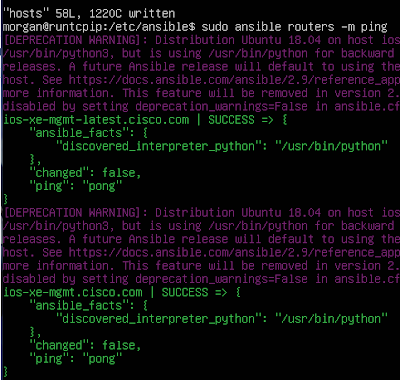 I'm not here to spoil the entire video for you, and there is much more. Go try it yourself!


Someone shared an Ansible course on LinkedIn that I looked at - let's make a playbook. An Ansible Playbook is the configuration deployment written in YAML.

Let's pretend that the Wi-Fi in Hogwarts was installed smoothly, and has been chugging away for awhile. The larger routers connected to the ISP need updating. Let's keep pretending that the ISP just doesn't want to do it, and so, it falls upon us.

You can see a (very simple) Playbook I created here.