I have done a lot of AWS things on here. Time to give Azure some attention. After all, since employers don't think Cisco or COMPTIA certifications are important, maybe Microsoft ones are?

First, let's really think about why these are the two biggest cloud services providers in the world:

They've been doing internet things for a long time. Amazon launched in 1995, a virtual bookstore.
Microsoft, well, you know.

They've lived, breathed, and frankly, created, infrastructure that we use today, that they're selling to us today. Of course the Store of Everything and the Company of Everything would encourage us to put everything in their hands.


Microsoft has a clear set of Azure Fundamentals that anyone can interact with. Let's talk about networking basics, basically to say, again, "Hi, employers, I have an interest in this and will ask questions to better my knowledge."


Virtual Networking is almost how we use it on our individual machines - It's a logically isolated network that can be subnetted. Users interact directly with the web tier - the interface we see in a browser.

You can manage a group of load balanced VMs with Scale Sets - When you need more VMs, they're automatically made, and deleted in response to demand.

Azure Spot Instances offers unused resources at a discounted rate. All of these things are explained if you mouse over the Information toggle on the appropriate pages.

Not the greatest idea, but we can leave it up for testing. In a production enviroment, use the Advanced controls in the Networking tab to create rule limits. 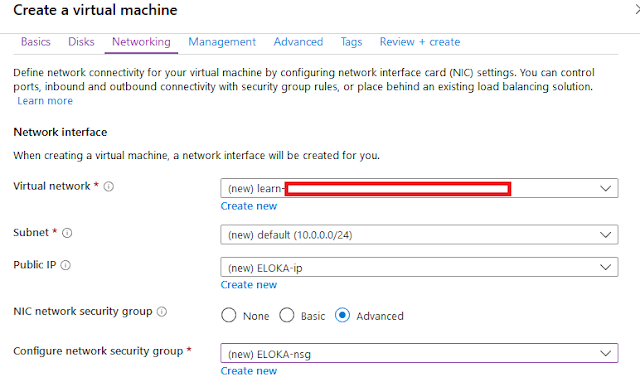 If there are 3 Azure VMs, and one goes down, the others pick up the slack. If there's a sudden influx of traffic, the load is distributed evenly among all three. The user does not care if VM A, B, or C is processing their request.

You can also set up extensions to install after the VM is set up. Less fiddling around with apt-get commands.

Because I'm in the Sandbox option of Azure Fundamentals Learning,  I can't push it to production. The module is supposed to be pushing a Wordpress app, but I take the time to explore instead, as I did that yesterday!

Traffic Manager means "We don't want things to go slowly!", which high availability doesn't really solve. It works in conjunction with regions, directing traffic to the region closest to the user, to avoid slowdown.

(Okay, this is probably the last post of the year. Expect more Azure)
EMPLOYERS: Hooray for the Cloud. Don't forget to visit the standalone page on LinkedIn to keep up to date!