7 Suggestions To Improve the Job Seeker Experience on LinkedIn

LinkedIn is an American business and employment-oriented service that operates via websites and mobile apps. [...] it is mainly used for professional networking, including employers posting jobs and job seekers posting their CVs.


LinkedIn seems to have gotten a little left behind in the always-connected, faux-intimate world of social media - as well as missing potentially helpful options for the job seeker.

Here's 7 potential ways it can improve. 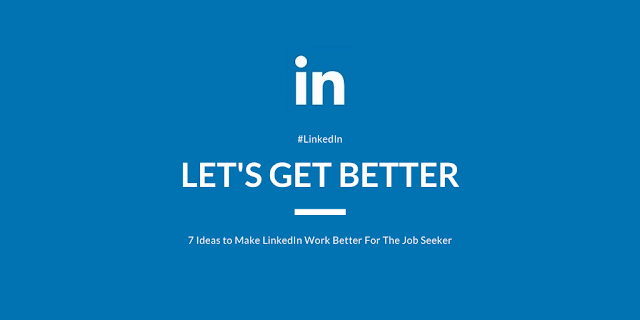 Put Relocation Status on The Profile


There is now a helpful option you can display to everyone about your job search status on your profile:

While it does say location, giving the option to add 'Will Relocate' would be helpful. I come across a lot of people who say "Well, you live in an area that's bad for IT, you should move!"

We've never met, so I'm not angry at them for not knowing, so putting that on the forefront in this area could stop a lot of preliminary talk and get us moving toward solutions.

"But you can just put it in your headline!" I could and have. Here, all the relevant information is in the same area.

With LinkedIn Premium (Career version), you currently have...3 InMail Credits per month to send to recruiters for 30$ a month. While the online courses are very good, there are salary insights, and you mark yourself as a 'featured applicant' (AKA: Someone with 30$ a month to burn while looking for a position), the InMail feature is surprisingly lacking.

Give basic users 4 a month for recruiters, Premium Career gets 8. Remember, people are often here to find positions. That 30$ can go toward groceries or a bill, not a couple of messages when you can find other ways to contact a recruiter.

A recruiter may not even respond. Would you feel good about spending 30$ on that?

Earlier this year, LI went beyond Likes, to add the following;

Frankly, The first four are insanely similar, unless you're like me and you want to mark one just to stand out. I like Curious, because it's the professional way of going "Hm. That's what you're going with? Okay..."

Amateur Implementation Idea: I'd like to see something similar to Elpha, where we can pick the ENTIRE emoji library as something to react with!

Let me sort my connections by activity.

Remember - LinkedIn doesn't work for getting a job, and a big reason why is because most people who can make the difference aren't active.

Let me simply sort by those who are, so I can see who to put my energy into.

What's considered 'active'? Just like the multitude of notification options above, there can be different settings.

And there should always be the option to have people not allow themselves to be tracked.

Special shout-out to William Favre (Sequoyah) Slater, III, who pointed out the rampant spammers. You see them peddling random services on advertisements by companies.

I understand the frustration, but it's a way to generate business! Only when people are advertising on another human being's post where I feel it's inappropriate.

There are also people who are clearly making business accounts under personal ones with other hints that they're immediately trying to sell to me.


App Notifications For Comments Only instead of Likes and Comments

Perhaps this is more of a phone OS issue, an option to be only notified for comments and not likes would be nice.

When you get a response from someone, you don't want to lose that in the crowd of unimportant 'likes'.

On desktop, at least, there are settings for notifications about posts you responded to or mentioned in, and a separate toggle for 'responses to your comments'.

I'd appreciate the option for Desktop as well. A 'Like' is simply a serotonin boost.

I'll say it now: It sucks that people will maneuver around recruiters to apply directly to the company.

We're all trying to get paid here. Run Recruiters Their Check. 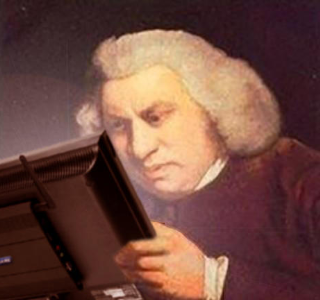 I like being prepared for the most minor of interactions with people. If I receive a "Hey, let's talk." message from a recruiter at a company,


When recruiters refuse to disclose any information over email correspondance, no. I'm not asking "How many people work in each room,","is there Kombucha on tap" or "Am I the only black person in a 50 mile radius?", but basics.

Who am I working for? How much is it paid?

They're also worried about you going to tell someone who works at the company, "Hey, your job? You're losing it." Don't be an ass, job seekers.

But how is getting onto the phone preventing that?

You get the general idea.

While it's not difficult to find my - or anyone's - activity, I prefer to keep mine hidden sometimes, but would like my Articles shown.

I asked earlier, and LI Support staff said that it wasn't possible at the moment, but something "they could look into".

Amateur Implementation Idea:  On the profile, the developer tools show me that Article and 'recent activity' are two different divs. Have the option to display one, both, or none.

EMPLOYERS: You can't just complain and not offer solutions!