How It Works: The Episode of "Arthur" Where They Got On The Internet

September 03, 2019
While Wireshark is quite a lot of fun, we need something a little lighter around here. Like the popular children's show "Arthur", which is still going.

But we're not looking at a new episode, we're looking at an old one - "Muffy and The Big Bad Blog". Hint: Many episodes are available on Youtube in good quality. 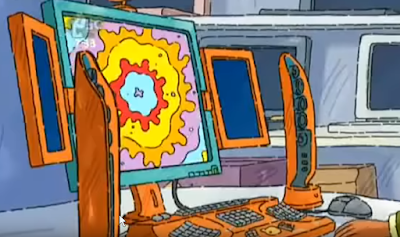 Disclaimer: This is an exercise in wondering how things work, and no offense is intended to the people involved in the show.


This isn't one of the newer episodes animated in Flash, as it first aired in the UK in 2010. I'm not in the UK, and found it interesting that it aired over there before over here. That's not so unusual.

I'm sure there were options on basic phones where you could pad away in some text non-GUI and upload it to LiveJournal, but this looks like a screen with a 9-button numerical keypad. 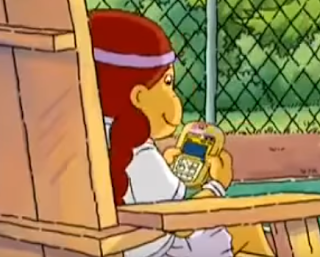 To be fair, later in the episode, there's a close-up shot, and it looks like a standard North American keyboard.
Smartphones have really advanced in even 9 years. This may even be around 10 years, as it takes time to animate, color, and voice any animated show. Remember, the original iPhone came out in 2007.

Muffy is going to Costa Rica, and tells her classmates to follow along on her new blog!

My favorite part is how their teacher, Mr. Ratburn, thinks a blog is a place you can physically visit. The Brain explains what a 'weblog' is - He mentions writing in a file and then uploading said file to the internet.

Is that still a thing? I write this straight from the text editor on my blogging platform of choice.

On vacation, she essentially does nothing but blog. Muffy Crosswire, the first Influencer. 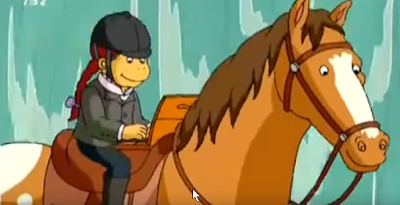 
There was at least basic 2G and 3G service in 2011, and I can't imagine uploading text would be too taxing on a developing infrastructure...except she's by a waterfall. I wonder how the kinetic energy of a waterfall would influence data connectivity. They use a lot of clean energy (as of 2016), which is great.


Meanwhile, Mr. Ratburn has gone into Elwood City's computer store, where the clerk offers to help him find "A USB port, peripherals, MP3s".

What's wrong with that statement?

Technically, you can buy an external USB port, or internal USB ports to install into your machine. You could buy a mouse or keyboard. But you can't walk into a store, buy an MP3, and walk out with it.

Mr. Ratburn wants to get onto the internet, and needs a 'new' computer.

"What kind of connection do you have?"


Well, you have all the infrastructure needed for a DSL line! Even so, the clerk upsells him on a fancy, expensive machine that he can hardly operate. Hate it when people do that. Is the commission that good, my dude? 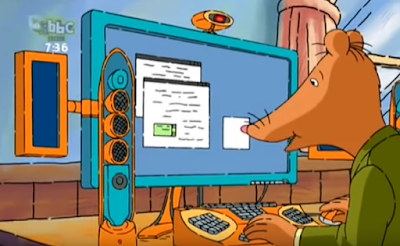 I hate to see it.

Ratburn does get online, and I wonder just how long it took him to figure it out...and he already has a lot of spam emails, though none from a Nigerian Prince. Though, he does click a pop up, and is immediately spammed by more.

I bet he installed one of those spyware browser toolbars that no one really uses in his browser as well.

The rest of the episode is, essentially, a G-Rated flame war between Muffy and Francine, including Miss Muffy publicly posting Francine's annoyed email.

Imagine if this was made with even 2017 sensibilities in mind. They would be on Twitter or Instagram with coy, snide messages. Never naming names, but with pointed pictures and statements anyone could figure out.

Who do you think would be the first to say "Taking a social media break for my mental health"? Vote now!

In retaliation, Francine posts about Muffy's behavior on her online newspaper. I like how Brain points out "Your tagline is about the latest news, that's all opinion!"

At the end, Mr. Ratburn ends up getting a smartphone - A "Boysenberry" - And follows the children around, trying to entice them to read his new blog, full of puns.

This isn't the first time I've done this, but the other, truly indepth one is on another blog - Feel free to ask me on Twitter for the link.

EMPLOYERS: What does this mean? I have a sense of humor. It's a weird one, but it's here. Also, I enjoy picking at kid's shows to see how tech sound they are.