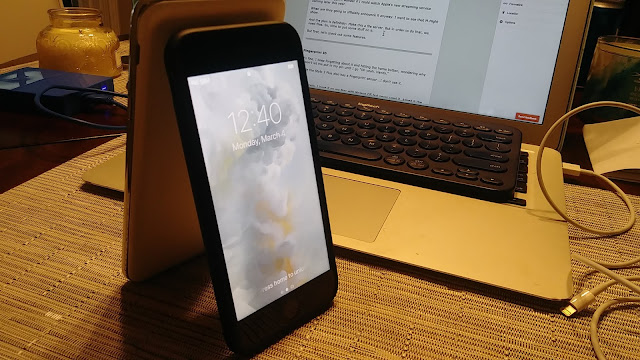 I can now put "Yes, I work in an Apple ecosystem." on my cover letters 🎉

First; A huge thank you to Ren Beckford for sending me this device. I never thought I would own an iPhone!

Second; There's a surprising amount of things to set up with this. I sold my share of iPhones in 2013 (It was around the 4 and 5s). There was a lot less than Siri and True Tone and Fingerprint scanner.

When are they going to officially announce it anyway. I want to see that M.Night show.

And the plan is definitely: Make this a file server. Run some experiments. Figure out all of Apple's techy doo-dads. But in order to do that, we need files. So, time to put some stuff on it.

But first, let's check out some features.

It's fine. I keep forgetting about it and hitting the home button, wondering why it won't let me put in my pin until I go "Oh yeah. Fingers!"

While the Stylo 3 Plus also has a fingerprint sensor...I don't use it.

Surprisingly, I have it on my Mac with Mojave OS but never used it. Asked it the weather, it told me, then I turned it off. I don't like Google Home, or Alexa, and Siri is right up there with them.

Nothing I can't figure out with typing on Bing and getting those sweet, sweet gift cards.

I keep hitting to the left and right of the Home button for going back/menus because I'm so used to having Android devices.

The vibration in scrolling through states (Making a new Apple ID) felt really nice.
Making said ID did not.

As I can't test call quality, I had to hear the sound somehow. Why not download Pandora or Spotify to give it a try?

While the backup options are plentiful, they're a way for Apple to get your E-Mail, your credit card, and your phone number. Putting in several forms of contact felt invasive.

It's not any different than Android and Google's Play Store, which just shows how pervasive all of this is for simple entertainment.

First things first - I got to use AirDrop for the first time;

I see how people like the Apple ecosystem; It makes you feel like a spaceman receiving some kind of intergalactic message. It's Bluetooth, without dumping the files onto your desktop unceremoniously.

The iPhone 8 has a 12 Megapixel camera with image stabilization (Which helps people like myself taking photos in rough terrain).

The subjects were two fairly dark things; A 10" Toothless figurine ("How To Train Your Dragon"), and Coco the dog.

Here are photos from the iPhone 8; 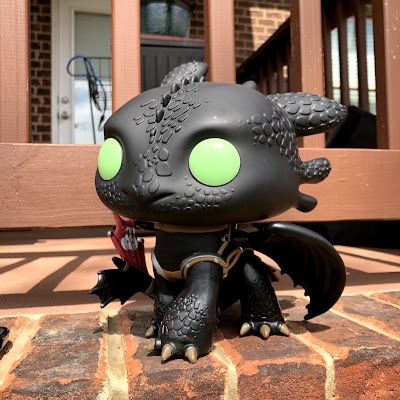 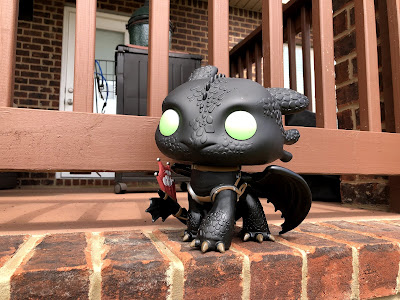 My Macbook called 3 out of the 4 image files "High Efficiency Image File Format", which is news to me.

A rundown, thanks to Wikipedia;

And here is a photo from the LG Stylo 3 Plus, my main phone. 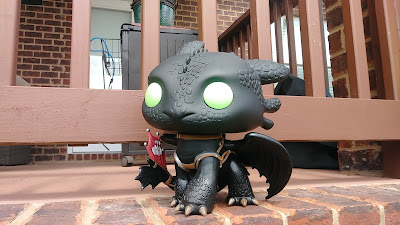 This camera is a whopping 13 Megapixels. The iPhone evens out the light input and makes things look a lot less washed out than the Stylo. Look at the patio poles behind Toothless; They're a richer brown in the iPhone images.

Wait, I promised a dog picture; This is Coco. Wherever I go, I'm taking her with me and possibly inciting a custody war with my parents. 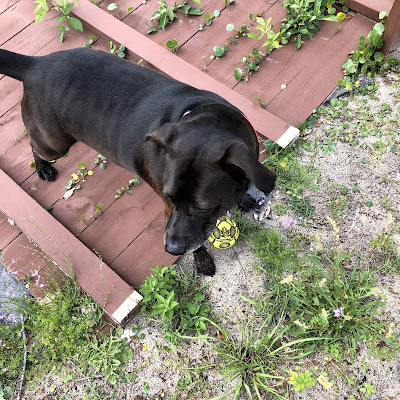 First I turned on Pandora and flipped to the Under Water Radio station, based upon the smooth-jazz techno group Under Water.

It was only about half-way up but I was surprised at how loud it was from a few feet away.

Turning on Spotify, I switched gears and fired up Black Wedding by In This Moment. I have Premium for now, so I do get "High Quality" audio.


It's a nice night for a black wedding.

Because it's a black metal song, it sounds a little crowded.  So why not pick a Disney song?


"Ready As I'll Ever Be" - Tangled The Series

The lyrics still sound a little ... unclear. It blends in too much for my liking with the background instrumentals. Maybe this just works better for instrumental songs.

But the app is incredibly responsive on here, far more than my Stylo, which often can take a few minutes to comprehend an input of moving to a new song.

You might be saying "Oh, because it's a new phone." but I'm not 100% sure it is. It's certainly been used since it came out in 2017, though maybe not heavily, and my Stylo is only a year old.

I am interested in the API  docs for Spotify...and here's the developer site if you are too.

There's a Podcasts app; Why are all these proprietary apps different when you can access all options from an iTunes app.

Pulling up We Hate Movies, I click the Oscars special and the voices sound astonishingly clear. The one exception being someone (Cabin) who I'm not sure is in the same room as the others.

Fun fact - I can't just press a spot on the progress bar to jump to it; Have to hold and drag the dot.

I put in the earphones that came with it (No, there is no headphone jack. It's a lightning cable connector). Lots of bass, and the right bud presses awkwardly in my ear.

It is a phone that's a giant screen after all. Let's check out thee trailer to Sony's "Brightburn", in 1080p.


Nothing's too dark, and the bright elements really pop out. Let's try something brighter.


It struggles a little with the fast paced gameplay with some artifacts around the player at 1080p60. If you absolutely must get your squid fix on the go, it's suitable.


Smart home stuff. No thank you. There's a certain amount of privacy invasion I invite into my home with smartphones period, no need for more.

Thanks to Business Insider for some new features I didn't know about;

Siri's AI can work with "if/then" statements. With a bit of fingangling, you can probably physically program some kind of if/then/else setup without the helpful GUI.

"If you're buying a coffee at 8:42 AM, then I can pull up your ApplePay around that time."

You can measure things with Augmented Reality. I wanted to try this with some of the Playbill interactive activities that Regal Cinemas has, but we don't have a Regal Cinemas anymore. Or an AMC.

Shame. My reward cards are going to waste, but at least they're probably wondering "We can't mine data from this woman anymore, where did she go?"

So this is the next best thing. Arguably, it's better because it's useful; 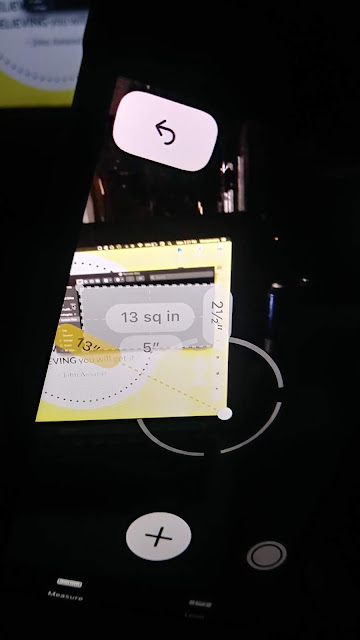 It is measuring one corner of my Macbook to the other diagonally - 13".

It's also measuring the size of my Finder window on the screen.

For a clearer image; 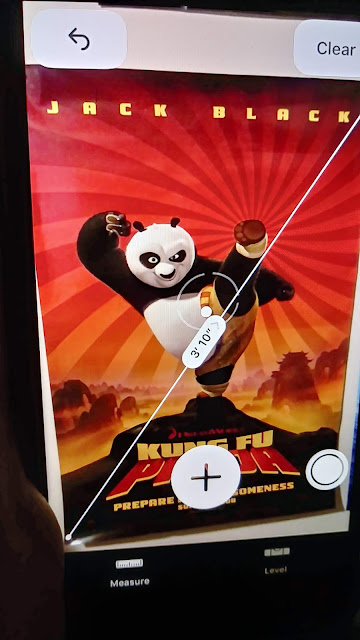 This will be exceptionally useful as I measure packages for shipping various things.

Not So Fun With iPhone 8

I found that I could not send an image to Android via Bluetooth. Both phones needed the same app to share photos. That's extremely obnoxious. I said as much while looking up the information but with more profanity.

This thing is small - I couldn't use this on an ordinary basis, especially the keyboard. But that's a personal preference and not something insanely ridiculous like not being allowed to send things to 'the enemy'.

Do I think this is worth the premium? No, but I only use my (active) phone to make calls and play music. Not as a 100% media hub.

I like the vibrations and the weight of the phone.

With 64GB storage, this will make a great storage server.

EMPLOYERS: This is me testing new (to me) hardware while dropping the products of Target Companies.