A look at Google Colaboratory (While Building a Stock Portfolio) 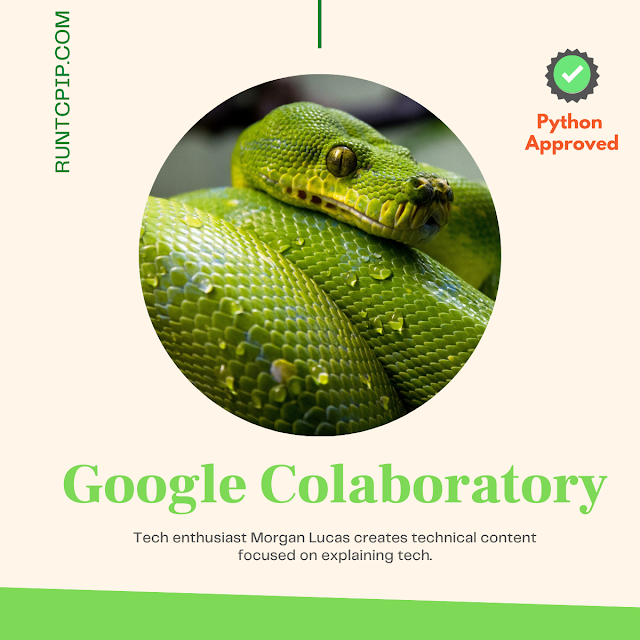 After the group effort heard 'round the world in 2021, stocks are on everyone's minds. I didn't have money in GameStop, but I did have money in AMC from 2020.

I bought it right as most theaters were closing from the Coronavirus pandemic and it was extremely cheap.

Why? I like the moviegoing experience! As of March 6th 2021, many AMC Theaters in New York City and State are reopening at 25% capacity.

I'm still holding onto the stock - It never rose as high as GameStop's - but you won't see me at any theaters so soon.

Onto today's topic: Google Colaboratory is a cool tool, allowing you to run Python scripts right in the browser.  You can even install things into the environment! Is it a little container environment running my program?

Here is the video, by Computer Science. And here is a video of me giving a brief look. It sends you right back here.

('Colaboratory' is a portmanteau of Collaborate and Laboratory. I love portmanteau names! 😊)

The video creator has the data they used behind a paywall (Understandable). I found another dataset here on Kaggle (which I'd never thought I'd use again).  A lot of the data has the same values with different names.

If anyone has better data somewhere with actual variety, I'm happy to try it again.

I also branched out and made copies using various past data of companies from NASDAQ (Thank you to the multiple people who pointed me in that direction).

I changed the Index to the Symbol of the organization on NYSE.

Then removed it from the chart with drop - It was there under both "CQS Symbol" and "NASDAQ Symbol". Both were removed with the same line for code economy.

Remember; This is not the same dataset as in the video, so the data doesn't correlate. I remove the troublesome (df) at the end of both commands and it works without them. I'm more interested in learning the tool and knowing the logic right now.

There is a code snippet library on the left - Everything from where to pull data from to visualizing scatterplots. 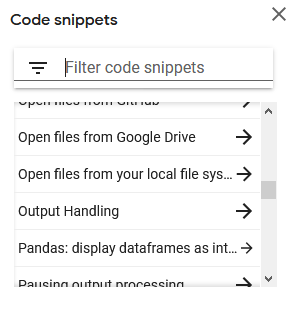 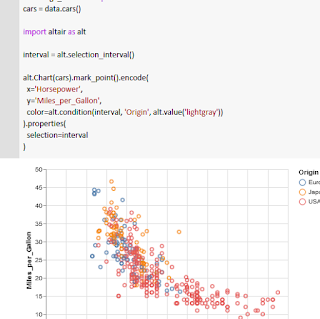 I really enjoy the Colaboratory. Being able to run snippets of code at a time without commenting out everything has helped me to understand Python better. The issue is having to rerun some previous commands to make sure everything is defined.