Creating with Glide - The App Creator in Google Sheets 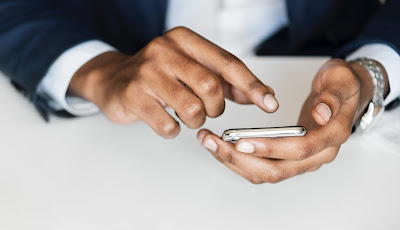 I stan the Google office suite. Specifically Docs - I have been using the SaaS for 10 years to write and rewrite resumes and save internet comments.

In 2020, I came across Glide - Where I could make an app using Google Sheets.

Sheets is the Excel equivalent. While used less, I have enough data within it for testing. I imported an old spreadsheet of movies watched in 2017. I now have a Letterboxd, so this is a little obsolete.

Fun fact: This is actually not the first iteration of the spreadsheet, but the third. The 2015 and 2016 pages use a totally different organization scheme. 2017 is the first one that's reasonably organized.

There are a variety of ways to actually organize the app based upon the information given: I'm particularly fond of the detailed view: 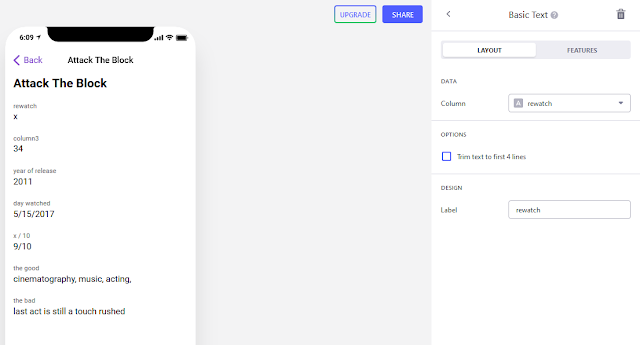 Props to it also including my 'rewatched' column!
It did mark a few of the films incorrectly.


There are two columns in the spreadsheet I didn't often use - "Liveblog Link (if applicable)" and "Anything else?" for other notes about the experience. If they were filled in, they were transferred to this app. 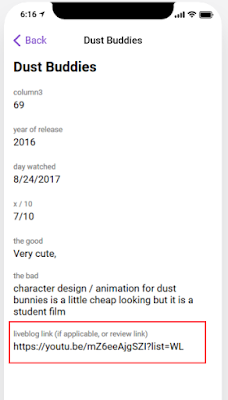 If not, they weren't. 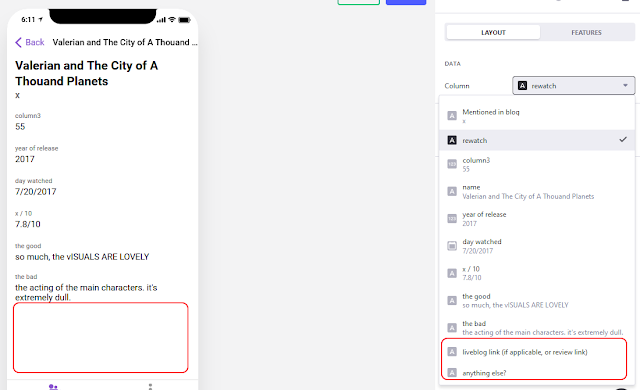 That should be "THOUSAND".


The software did not load the spreadsheet in its entirety, stopping at around film #82 ("Batman vs. Two-Face").

If you're thinking "Nice, but I can probably use it for something else...", not to worry, there are many templates available.

One thing I think is extremely cool is how the app works while you're creating it. I wasn't expecting to hit the fake phone number and Windows 10 go "Alright, how do you wanna call them?" 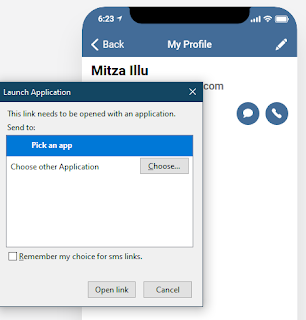 I revisited this in March of 2020 and found it a little harder to understand. There are instructions - " Grab Tabs Here to Show them In the Left Menu " - That aren't particularly intuitive.

Now, I am a technical person, as well as a storyteller. I know when to consider that my browser extensions may be ruining the experience, and to disable when necessary. Even after doing so, nothing seemed to work. Do I not have tabs? It looks like I have tabs.

I think it's because I do not have the hamburger menu set up on the left (3-horizonal lines). If you hover over the + on the left in the header bar that says "screen", "You can only add components in details view".

I have no idea how to get to that. The "conference" preset shows that the screen aspects are just that - Things on the screen you can rearrange. Think layers in Photoshop.

It's a good concept, but I feel the minimalism may be more of a hindrance to new (or returning after a year) users. There's a surprisingly active community you can visit for help and design tips.