"Never be afraid if people don't see what you see. Only be afraid when you no longer see it." 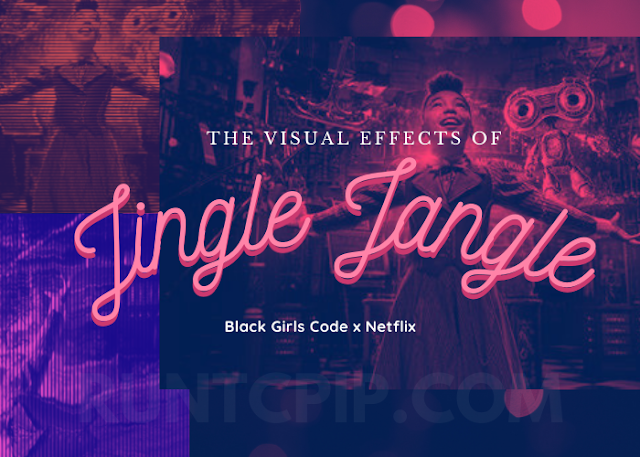 Join Black Girls CODE and Netflix for a virtual conversation with the filmmakers of Netflix's Jingle Jangle: A Christmas Journey on how visual effects brought the magic of the movie to life.

We will be joined by filmmakers David & Lyn Talbert and VFX supervisor Brad Parker.

Moderated by BGC's Community & Events Manager Isis Miller. We will be taking questions from our students and audience so be sure to check out the film!

I saw this movie a few weeks ago and greatly enjoyed the set design and all-black cast (We like Christmas time too!). You can tell, as the costume inspiration was incorporating African fabrics, old Victorian photos, and taking photos of whatever struck Lyn.

Of course, few knew that a global pandemic would come, but among those few, it was not the creators of the movie. They pushed through, because nothing would stop them from giving something good to the world.

It took 20 years to make "Jingle Jangle" due to a variety of reasons ("How to capture the voice of a child?" "Budgets?" Probably more people not giving black people a shot - "Twice as good, half as much"). The film was initially intended as a play, and they still hope to make one.

Lyn Talbert produced it, saying the most challenging part was keeping herself together. "How are you moving through it? It's a lot of responsibility, if you get it right, it opens doors for people behind us."

The sets were printed out with 3D printers to adjust and imagine where cameras were going.

VFX supervisor, Brad Parker, shows a clip. Don Juan was animated from actual dancers; The artists used them as reference. This was David and Lyn's first time using Visual Effects like this!

(Parker and his team also worked on "Paddington 2", and that's the inspiration for the tiny characters that narrated various parts.)

For Easter Eggs (Little surprises), There ware many, from mentioning Lyn and David's son on BUDDY'S oculars to a little Wakanda sticker on Jeronicus' luggage 🥺 I didn't see it!

Take a look at the panel for yourself here.