How to Mitigate Zoom Hijacking 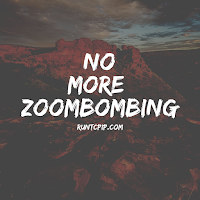 While in a Zoom meeting for assisting students during a turbulent time, after about 20 minutes, it was quickly taken over by 'pranksters' with inappropriate images.

There was a flurry of the event hosts trying to pull up the settings to remove the troublemakers. The meeting was quickly retooled to put everyone on mute for the next round.

A lot of people have been quickly thrust into this world of web conferencing, and selected Zoom, a software that works, but with little to no security. There's certainly no end to end encryption.

Why is this serious? Because video streaming uses UDP packets, and an attacker doesn't need all of them to get the gist of the information being transferred.

I don't want to see people scramble to reestablish professionalism, so I made a quick guide.

I downloaded this spyware Zoom onto a test phone and laptop to set up a test meeting:

Auphelia Degardess is the name of the phone, and the one with the visual of myself. Mirren Vuilaassen is the laptop. In retrospect, I should have used plainer names. I enjoy fake names.

This setup is having the laptop (Mirren) be the meeting host.

The yellow outline indicates  someone who is talking. What If I'm saying something inappropriate, like "We don't have to be best friends for me to give you a job referral?" 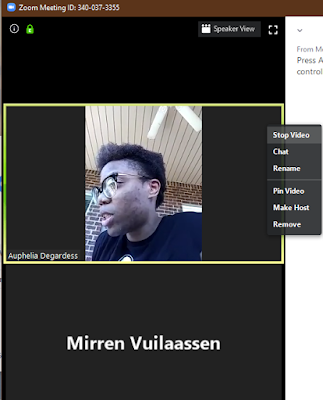 What if I share something inappropriate to the group, such as... 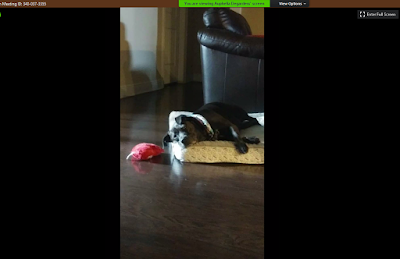 See the green bar at the top? That is toggled by pressing the ALT key.

What if they are acting foolish in the chat room? 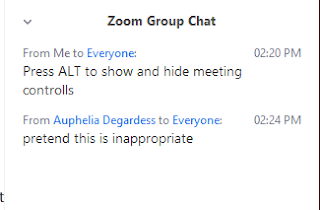 Thing is, you can't delete messages in there, not that I've found. You can remove the perpetrator. 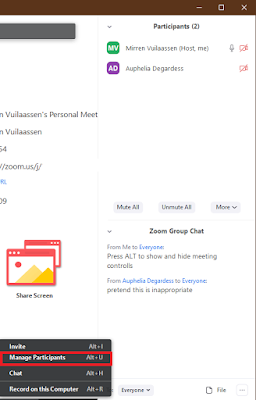 A small option that says 'remove' will appear over guests.


If Auphelia tries to return, they will not be able to. 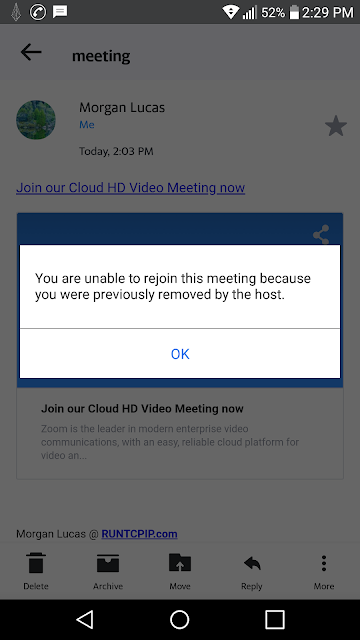 There are some other, simple rules you can follow, such as private meeting rooms and sending your links privately to people you want to join. As someone who has been on the internet far too long, there are other ways to know if someone who enters your chat is about to be a pain:

A big one is someone going "I have a question" - If someone is stalling for the 'joke', they're probably going to say something inappropriate.

Don't hesitate to push people out quickly. If they wanted to stick around, they should have behaved properly.

(By the way; I was extremely serious about my Zoom Bouncer concept.) Protect your Parents - Tweet