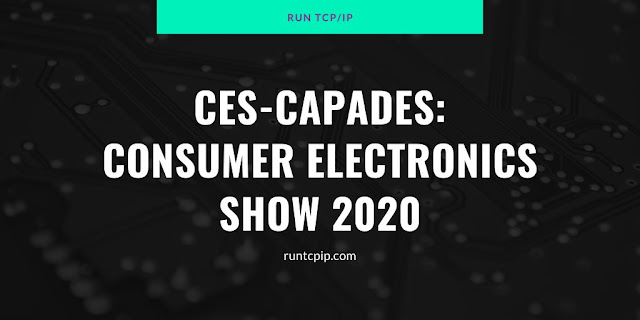 Just like last year, I wasn't there. But it was certainly fun to see the variety of technology on show through the great reporting done by a variety of people (CNET, TechRepublic, Verge, BizJournal, ZDNet, even Variety).


Power to The Players with Sony's Playstation 5:

20 Years ago, the PS2 was released worldwide. Now, Sony is back at it again. The PS5 is scheduled for Holiday 2020, with an SSD and 3D audio.


Will you need a new license to drive a flying car? The concept looks more like a plane with a lot of propellers than any kind of flying car you can imagine.

Hyundai are calling them "electric vertical takeoff and landing" aircraft.

Uber will start testing in Dallas and Los Angeles in 2023, because maybe there will be less smog in LA then.

Go to sleep, go to sleep with URGONight.

URGONight trains you in the daytime to sleep at night.  If meditation and mindfulness don't settle your name, Kickstart-bought is fine.


Let's talk with Waverly Labs' Ambassador
Let's make it easier to bridge the language barrier - Put one earphone over your ear, one over the other person's, and now you can talk using a Smartphone. I know people who simply use the translate feature on their Google Pixels, but can the Pixel translate your dialects?

My favorite feature seems to be the Lecture mode, which 'speaks live translations through a connected handset'.


Samsung's Ballie is your Ball Bro:

It's a robot ball. What if a dog wants to pick it up?

On a sillier scale, the Sero television has the ability to turn vertical...if you are an Influencer and want to continue to indulge in your self importance by scrolling on Instagram on your television.

I suppose that's how you innovate a rectangle.

In another effort to have household items and brands try to function as our friends in this digital world, we can now have a robot bear bring us toilet paper.

My favorite may be the SmellSense, something that tells you how a bathroom smells without you setting foot within in. If you have to go, will a bad smell really stop you?

The xFi Advanged Gateway is a multi-gig, WiFi 6 certified device, and that's about it. It, like devices we already have, if you know how to configure them, will serve as a network manager and security tool to alert users.

In a world of increased connectivity with those accursed IoT devices, this could be very helpful ... if you use it in conjunction with other services to truly be secure. Don't give up on security just because it is inconvenient!

I wonder if we'll ever get combo devices of routers + gateways and smart speakers?


Delta Tech Is A Bigger Thing

Yet another streaming service, this time by former Disney and Dreamworks dude Jeffrey Katzenberg. It's Quibi, it's short form, and it's designed for smartphones. Coming in April.


Other Random, Odd, and Slightly Alarming Things
Check out this Twitter thread.

Content Warning: Owner has a personality that may be PG-12. As many users come from LinkedIn, I know the limit over there is about a PG-6.

There are also Smart Stoves and Furry Whoopee Cushions.
EMPLOYERS: Seriously, I don't suggest the Smellsense