January 21, 2020
SITUATION: About 3 weeks ago, T-Mobile has a second deal in its popular T-Mobile Tuesdays app:

"Come back at 3PM Central to get a Starbucks 3$ gift card!"

This would not be the first time the Telecommunications brand encouraged people to flood the app to get free or discounted food - earlier in 2019, there was a similar deal with Panda Express, and the Chinese-American Chain was not prepared to handle the orders, letting many of them go unfulfilled.

Would T-Mobile be more ready? I mean, they are a telecommunications company, right? 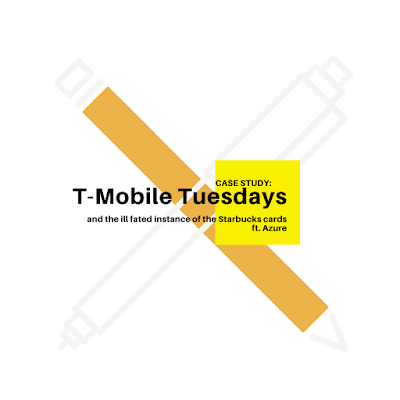 
I won't pretend that I know how deeply different computer networking infrastructure and telecom infrastructure are. But I do recall seeing a tweet in the 30 minutes or so of refreshing I (and many others) were doing -

"Instead of teaming up with Sprint, T-Mobile should have teamed up with Azure or AWS."


Referring to flexible cloud computing. So I thought, well, here's how I could fix that.

For the unitiated, T-Mobile Tuesdays is a weekly 'freebie' giveaway on the aforementioned app on, you guessed it, Tuesdays.

It's often something small, like a free burrito from Taco Bell, or a free rental from Redbox. My favorites are the variations on movie ticket discounts from Atom Tickets - They vary from 5$ off with no fees to (the rarer) 5$ for ANY movie ticket period. I used the latter to get a 17$ ticket for 5$.

While the goodies come from other retailers, T-Mobile pays for them upfront, and provides the user with a code to apply on the merchant's site through the app.

So, why did the Starbucks giveaway go so badly when, most of the time, the app works perfectly fine?

Most deals on the app simply end at the end of the day. With how popular the glorified milkshake bar is, many people were excited to have $3 off, and caused services to overwhelm with demand.


That sounds like something a scale set should be able to handle. The number of VMs will automatically increase or decrease in response to demand. Putting the VMs in the same Virtual Network means if one happens to go down (somehow), load balancing can maneuver to the others. 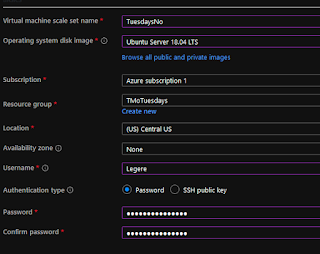 Here are the basic stats. 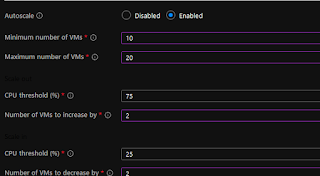 There's only 10* for now. In a real T-Mobile production environment, I'd have to see the average throughput of hits / data crunched an hour and work from there.

There's an option to enable scaling beyond 100 instances if need be, but at most, we can use 20. I can also enable autoscaling based upon CPU usage.

Allow select inbound ports to be open. After all, we need people to interact with the server to get the codes. I do allow some more inbound security rules: 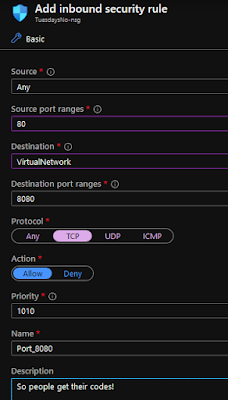 Load balancers will need to be attached to Virtual Machines and Virtual Networks. 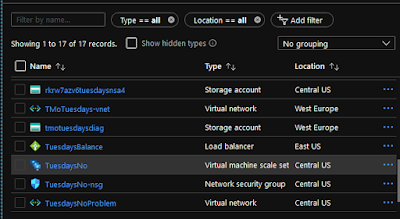 In very (very) brief, there is one possible solution in scaling out resources to make sure there's enough for people to access.


* I kept getting hit with Azure limits 'to avoid misuse', so later screenshots will definitely have less than 10/20
EMPLOYERS: It's a game plan on what I can do.