There's a post sitting in my drafts about Wireshark and how to sniff packets out of the air that was going to be about sniffing for authentication packets for Wi-Fi hotspots that aren't broadcasting SSID (Which you shouldn't do apparently! It's still not safe).

I was watching this video to find a little more information about how to properly use Monitoring mode on my Macbook to sniff for WLAN packets on the network.


So when he said "Just open up Wireless Diagnostics and sniff your network (check your width and channel)." It was shocking to me. 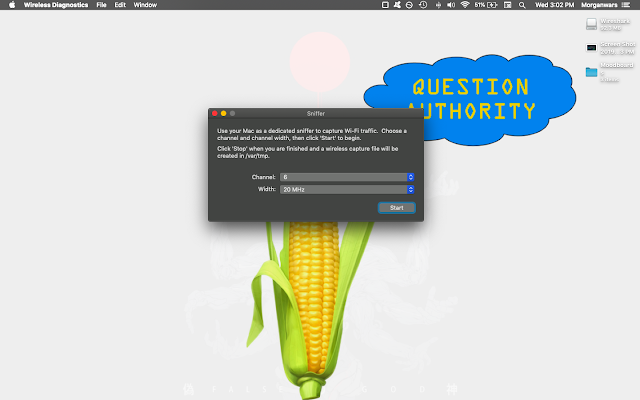 If you want this wallpaper, here you go.


The one thing I didn't recognize was Pegatron.


Despite using Wireless Diagnostics, we have to open up Wireshark to actually read the output. 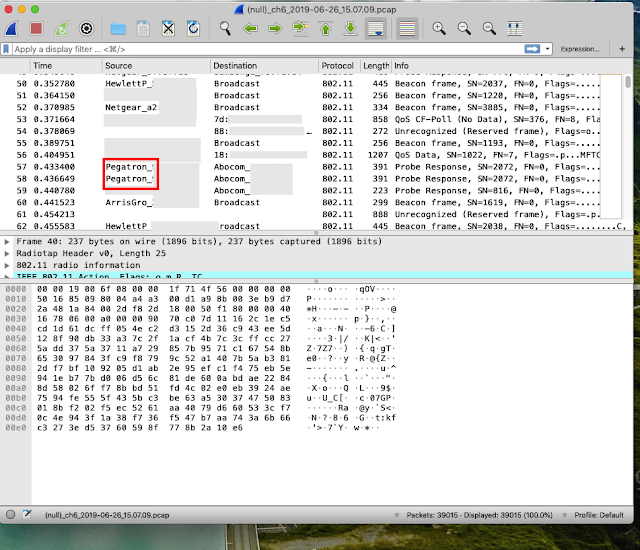 Hewlett Packard - The printer on our WiFi network.
Netgear - The Wi-Fi extender.
ArrisGro - The Xfinity router.

I looked it up;

My best guess? Pegatron made the wireless component for the Nintendo Switch, which I was playing online for packet research.

I'll definitely do more work with Wireless Diagnostics in the future.

EMPLOYERS: This shows that I have no problem finding and using utilities already installed, including on Mac OSX (Mojave), to better monitor the business or guest networks I use.