How It Works: The Emoji Movie 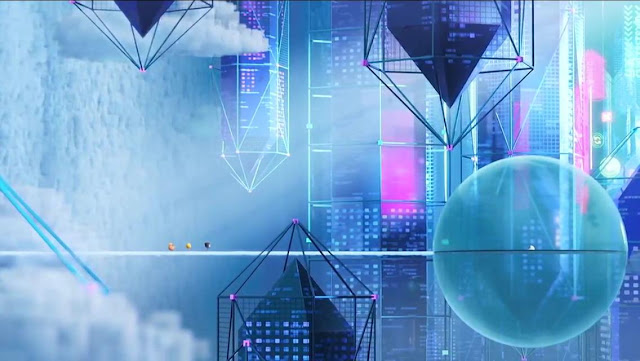 The posters were just too obnoxious, I couldn't subject you good people and myself to that. This is nice though. From IMDB.

I am going to refrain from pointing out things like “Why are some emojis available immediately but others aren’t? Do emoji die?” where I can.

That’s not tech, that’s “Who did this, and why aren’t they in jail?”

In case you were wondering, yes, it does have the same issue of characters from one app going into others without any ill effects that Ralph Breaks the Internet had, but it’s a movie. You do what you have to.

“I am the system supervisor here, because I was the original emoji!”
*cuts to a shot of :) on the ground*

Was the Smiley Face the Original Emoji?
Seems plausible. An interview with Shigetaka Kurita, the inventor of the emoji, suggests that the : ) was one of, if not the first emoji made, created based upon expressions he saw people use in everyday life.

Considering most of these are based pretty strongly after iOS emoji…how did they get away with that?

According to this site, and yes it depends on what OS your Sony Xperia is running, chances are your emoji are Android’s little bright golden gumdrops, not the round, pale yellow of iOS faces.

When I search ‘meh’ emoji, you do not get one truly called ‘meh’,
but neutral, confused, expressionless, and my personal favorite, unamused.

Instead of restoring the phone to factory settings, a scan could be run, or Alex (The human kid who owns the phone) can go up to that XperiaBlog link and download the keyboard again.

Though I don’t think it’s expressly said what kind of Sony phone he has.

Which makes the impending doom plot pretty dumb; Erase the phone and the entire concept of emojis are still there. They’re in the keyboard. It may be a stock keyboard but they still exist upon it.

Emojis can be used in (most) of the apps that they’re visiting (Facebook, I guess WeChat) because they all have text input, so being concerned that your keyboard isn’t working makes more sense.

Alex has a ‘piracy’ app, but it looks like a dictionary icon. That’s pretty smart, until they go inside and somehow find internet trolls within an app that really should just be illegal file sharing.  I don’t know if these applications have chat interfaces, but it doesn’t sound right to me.

There are ‘bots’ that are hunting Gene, and they go into the piracy app and completely ignore the little characters indicated as Viruses, so they’re clearly not Anti-Virus.

“Women are always coming up with stuff that men are taking credit for” is the only smart thing this movie has said.

What does a firewall do? It monitors in/outcoming network traffic based upon rules. I suppose “Do not let emoji pass” are a rule, right at this point they open up an email from the trash with an emoji inside of it.

- This is POP3, if it was downloaded and saved to local storage before being deleted.
- Or they could simply be using the internet connection to connect to a mail server and their trash container.

How the face recognition of emoji factor into that, I have no idea.

The trash bin of a phone isn’t easily accessible. You may have to connect it to a PC and use developer software to truly empty it.

But since we visit it, let’s see who’s here;
- Spam. Fair enough.
- An emoji. I suppose you could…after jailbreaking your phone and trimming down your keyboard to pick the emoji you use most of all.
- An internet troll. Stop, do not pass GO, do not collect 500$.

The rest builds upon the (lack of) fleshed out ideas from mthe rest of the movie.