December 12, 2018
Default name is name of folder you’re in (Node)
- enter
Version #
Description: What is the project about? It’s a tutorial, so let’s name it such. 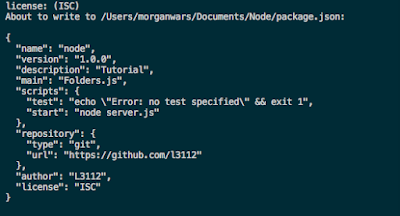 You can see the package created in the explorer panel! 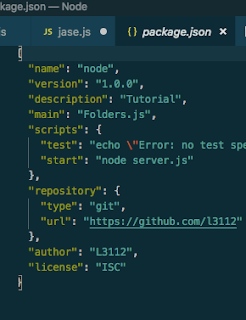  
Also there’s a quick notice of a new version of npm, so I update that in the terminal.

And it appears in our JSON package.

There’s also a new folder (there’s several folders in here) with information about the package - lodash. I’m guessing more installed programs would be placed in here in their own folders. 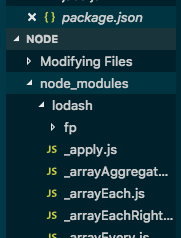 In order to use this, we’re going to go way back to our app file and tell it to call our package.
 
 

We can also uninstall it with npm uninstall lodash, which removes it from dependencies and the module folder would disappear.