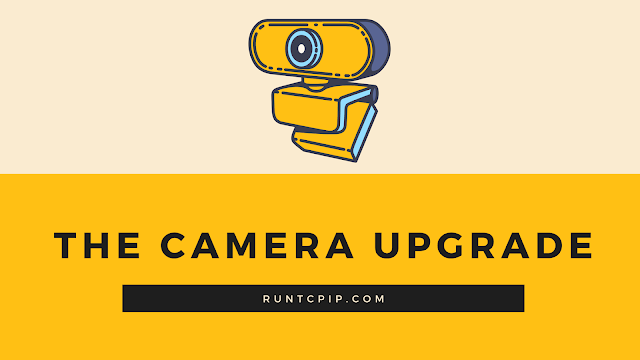 There are few reviews about this product across the web - Target has the most, and the "company's" own site has none. Makes me think this is sold under various names. It was less expensive than the initial webcam I was looking at and easily returnable. Does the low price pay off?

Let's Have A Closer Look At...

My internal Realtek resolution is 640 x 480 - A 0.307 Megapixel camera. At that poor resolution, why even put it in the machine. I sold phones with better cameras in them in 2013!

Want an example of how that old camera operated? Click here.

This Dartwood is not heavy, but I won't keep this on my laptop all of the time;  Fellow Adventurers will be happy to know it did not jostle from my laptop while outside in a spring wind.

For a time, when I unplugged it, Firefox reacted poorly. Intermittent freezing, slow response in the browser. In an odd, roundabout kind of way, an unrelated Firefox add-on that was causing problems may have contributed to that initial issue.

Despite bragging about an easy setup, plugging it in did not prompt any kind of auto installation of software. Not even the notification that would say "Installing [DEVICE NAME]. Even my settings only called it "Webcam" under "Bluetooth".  It doesn't have an option to eject like a jump (flash) drive would.

After disabling my integrated camera in Device Manager and it's 0.3 megapixel(s), the Dartwood took over.

You can find more exciting things in Device Manager. For instance, right click - properties - Events. You can see when it was configured (plugged in) and see the versions and dates of some drivers. This doesn't seem to have a manufacturer driver, and is using a Windows one that's pretty old. I won't say how old.

The quality is good for a lower-budget camera. There are many more options going up to 30 Fps for video and 3.7 MP for photos, the latter of will give you a very severe fish-eye effect.

The video will lag a touch while recording - Maybe not the best for live interactions  - But the resulting video is smooth and relatively clear. Much better than the integrated camera.

Because the Dartwood is attached by USB, I like picking it off my monitor and pointing it at things - A lot easier than trying to maneuver a heavy device.

The office is painted a slate blue, and somehow the setting of the light gives everything this underwater sea-green atmosphere, which I like. 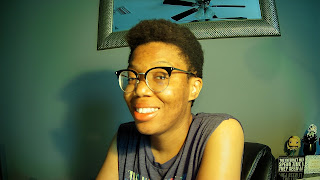 Here's a little bit of video - It still picks up the lower registers of my voice. I've considered training my voice to sound more feminine, but why? To fit a standard of beauty?

.@TwitterSupport - Can't zoom or crop my new pfp.
This was also a great opportunity to use my new webcam.https://t.co/gx6wVZc6FJ

At first, I thought OBS didn't recognize my non-brand microphone here. Then I remembered - Each time I'm not using the microphone, I disable it. So I had to go enable it again, and all is well.

Speaking of OBS, the webcam will show in preview, but only record a black screen. Documentation shows that many Windows Updates simply aren't compatible with the software, which is a pain.

The webcam worked flawlessly with Zoom. The microphone picked up my voice at a low murmur, let alone at my normal volume. The visuals seem to work better with a virtual background also: 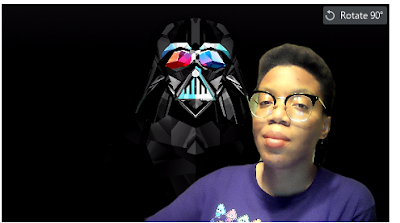 Who made this wallpaper? Feel free to let me know. 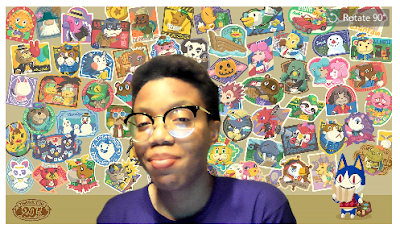 Overall, it works fairly well. Streamers will want to opt for something more permanent, with the potential for higher quality, but for a handful of meetings, you can do a lot worse.