Cisco Devnet - How to Make a Splash Page ft. Meraki, Trial and Error, and Many Helpful Programmers

August 06, 2019
If you haven't looked at Cisco DevNet, it's a really hoppin' resource for hands on work.

I'm working from two articles to:

Copying from git in cmd worked well (Somehow, I couldn't do it in Git Bash)


The immediate following is from the 'Setting up your workstation for this computer' section of the instructions. 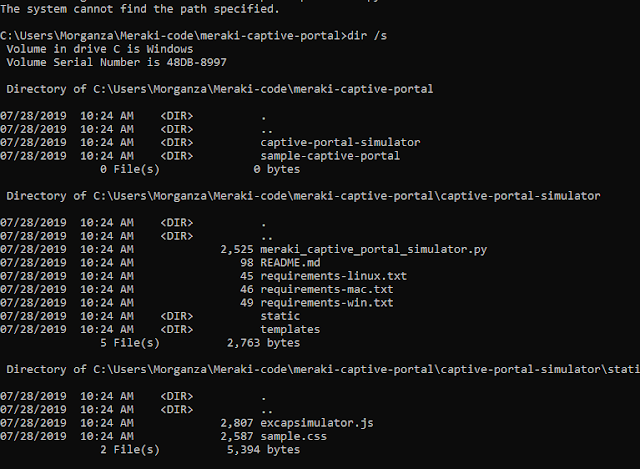 There is no folder called meraki-captive-portal-python. There's an actual python executable. I could make the folder, but there's no telling if something was intended to be in said folder.

Looking at the list of files, it's...just not there? Well, let's see what we can do instead.

The next bit of instructions tell us to go to \meraki-code\meraki-captive-portal\sample-captive-portal, which exists, so good for us!

We run the program. Next line starts with a command that's not recognized by windows apparently. This thread says use 'git bash', and then the cmd line says something interesting.

It doesn't help, but it is a nice feature!

Take a look at the instructions again; here. Under Windows. Whatever runs 'source', I don't have installed, so cmd doesn't know what I'm on about. Oddly, I do have git bash but it's still not working.

I may have found a different way to activate the demo captive portal;

dir /s command shows a list of every folder within the Meraki-code directory and their contents.

Take a moment to revisit the instructions again from four lines up. Go on!

I opened the 'Requirements.txt' file; It was a list of programs. "You told me what I need," I thought, "Now, about using it...? Hey, what about that code..."

You can just install things that are a list if you use the appropriate parameters. Technology is amazing.

After a long week of chipping away, surely, we should be able to proceed:

The comments are strangely placed...thank you very much to everyone on Twitter / Slackchat who helped. 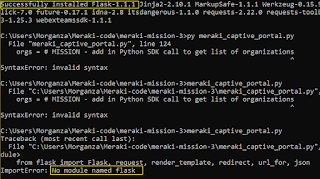 It's installed for Python 3 (Somehow), but not Python 2, and this must be working in a Python 2 environment. So, how do we change this to a Python 3 environment?


After approaching Twitter with the problem and getting some help:

org is being assigned a comment which is error city.

Try assigning org to something valid or placing the comment before org to comment the entire line.
— Kadeem Juan 💰 (@KadeemJuan) August 6, 2019

I suspect they want you to replace that comment with code, in this case a function call, that its return value will fill the variable.

Turns out the Mission codes aren't designed to be run at home:

The learning lab is designed to be ran at home, the url to devnet you posted above can be all done at home. You cannot run the mission code examples thats all. Look out for events here btw - https://t.co/v77WF7u0bf
— Stuart Clark (@bigevilbeard) August 6, 2019

Is there an etiquette when it comes to embedding tweets of others? The changing media landscape, man...gotta love it.

So I moved over to the 'sample' side. Had to move the source path from it's home in a hidden file path with this guide.

It still didn't find it. So I ran the next code in the list, and... 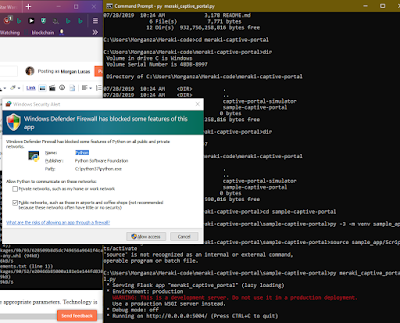 This is great news; I know this screen. It's saying "Hey, you're opening a port on your machine. Since it's so high level, we give you the benefit of the doubt that you're doing this on purpose. Be careful."

The favicon is the tiny image in the address bar. I go to http://localhost:5004/click and... 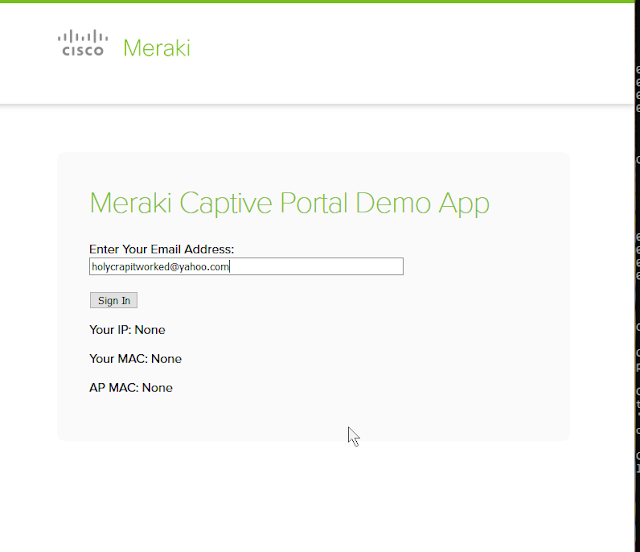 There are files you copy that are 'Mission' aren't intended for home use.

With the appropriate parameters, you can install a list of programs that are in a .txt file. Always be mindful of where the files come from!

Don't stop! It took me a week to do this but I didn't give up!

In a test environment, it's okay to skip some lines, because who knows what may happen. Working in tech is never a straightforward process, and you're going to have to reach out, ask for help.

I learned how to move environment variables.


EMPLOYERS: This shows persistence! Sometimes you have to take a break, but don't stop!