Cryptography in Children's Books: Gregor And the Code of Claw by Suzanne Collins

November 18, 2018
While rereading this book series - the first time was about six or seven years ago - I was struck at a rather cryptographic code in the final book and wanted to share it with you. 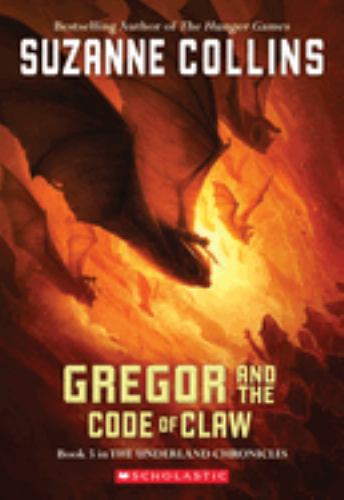 The Gregor the Overlander series is written by Suzanne Collins - The same woman who wrote The Hunger Games. I think this would make an excellent movie series.

Spoilers for a children's book that's eleven years old based off of the Holocaust and World War II featuring humans fighting talking rats, moles, ants, and many other natural anomalies.

Back in the first book, Gregor tells his younger sister, Lizzie, of fighting the rat king Gorger in the Underland, and she notices that the vowels had changed positions in their names.

In this book, Lizzie comes down and ends up helping with the code and that's the code, except a bit differently;

"Can the letter A ever be a letter A?"

"We don't think so. See, basically, this is like a cryptogram, and a letter is never itself. There's another kind of puzzle called an anagram, where you just take the letters and mix them around to form another word. Like the word 'nap' could be the word 'pan' and the 'a' doesn't have to move, or the word 'cat' could be the word 'act' -"

"Or the name 'Gregor' could be the name 'Gorger'," said Gregor, giving Lizzie a poke in the side.

It's an anagram where some letters can be themselves. So what's the key word that has letters that don't change? What do the rats have to remember?

Either Gregor or Gorger, but why remember the name of the Warrior who might come and kill you all? Better to remember your king - and shorten it to GORE.

Then a single shift was implemented -

So the message CHGGERQ ARRHVE AT is Diggers (The word for moles in the book) arrive at.

That's...rather clever. It wouldn't fly very long in a working, real life environment, but for a children's book that's pretty smart, especially the small amount of letters that wouldn't change.

If this is a pre-existing encryption method, let me know. Again, this series is based off of World War II.